Introducing Vienna, “The Most Liveable City in the World”

Today, we would like to zoom out and introduce to you the unique charm of the beautiful city where our school is located – Vienna!

Vienna is known for its convenient geographical location (Austria borders eight European neighboring countries), beautiful environment, rich history and culture, high-quality medical care, education and life, low-density urban population, low crime rate, and Moderate price levels. For these reasons, Vienna has been selected twice as “the most livable city in the World” by The Economist, and 10 times in a row it has been ranked first in the global city quality of life rankings released by Mercer consulting company!

The Heart of Europe

Vienna is an important European city and can be considered as the political, economic, and cultural center of Austria. The second largest river in Europe, The Danube, passes through the city, so it is also known as the “Goddess of the Danube”, with a beautiful environment and pleasant scenery.

The view over the city offers the mountains of the Alps alongside churches of various styles which cast an ancient and solemn color on the city with green mountains and clear waters.

In the city center, which is on the list of UNESCO World Heritage Sites, you will find ancient cobbled streets full of Baroque, Gothic, and Romanesque classical buildings. The city is full of famous sights and majestic buildings such as museums, city halls, congresses, opera houses, and numerous beautiful parks where people meet to enjoy each other’s company or read a good book.

Vienna has always attracted people from all over the world with a warm and open international city image. From ancient cafes, historic museums, and magnificent imperial buildings to bustling shopping districts and administrative districts full of international institutions, Vienna has perfectly combined tradition and fashion.

Music Capital of the World

From the ancient Habsburg dynasty to the Holy Roman Empire, Vienna was the ruling center of Central Europe. It is rich in humanities and history. It is also a paradise for music, painting, culture, and architecture. As the music capital of the world, it gave birth to Schubert, Johann Strauss I and Johann Srauss II, and Haydn, Mozart, Beethoven, Liszt, Lehar, Bruckner, Mahler, Gluck, Brahms, and Vivaldi also worked here.

Many parks and squares stand with statues of famous artists, and many streets, auditoriums, and conference halls are named after these musicians. Vienna has the world’s most luxurious State Opera, a well-known music hall, and a first-class symphony orchestra.

As one of the four United Nations offices in the world (the remaining three are New York, USA, Geneva, Switzerland, and Nairobi, Kenya), it is also home to many other international organizations and expat families.

The Greenest City in the World

Today’s global climate problem has become a huge challenge that the whole world needs to face together. Vienna responds to these global environmental problems with innovative science and technology, and while providing citizens with a high-quality life, it also protects the natural resources to the greatest extent. Therefore, in 2020, it was rated as “the world’s greenest city” in a study conducted by the international consulting company Resonancy.

Just like our school campus is surrounded by greenery, Vienna is surrounded by a circle of virgin forests: the famous “Vienna Woods”. The area has a width of tens of kilometers, and the total area spans ​​1,250 square kilometers.

Vienna is also a paradise for outdoor sports enthusiasts such as cycling, climbing, hiking, and skiing. Gardens full of roses, lawns everywhere, and tree-lined avenues are the heart of Vienna Parks. There are 990 parks in Vienna! Thanks to these parks and the “Vienna Woods”, nearly half of the total area of ​​Vienna is covered by vegetation.

In short, living and studying here will be a great blessing in life! On behalf of Vienna, our school looks forward to your coming! 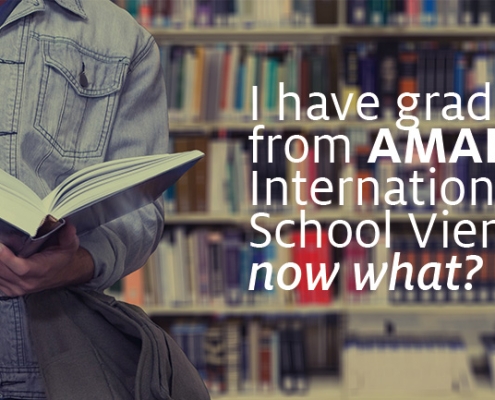 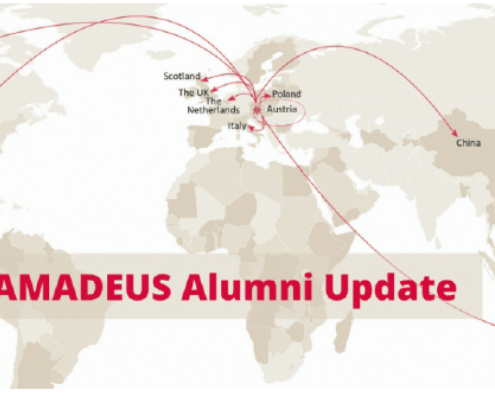 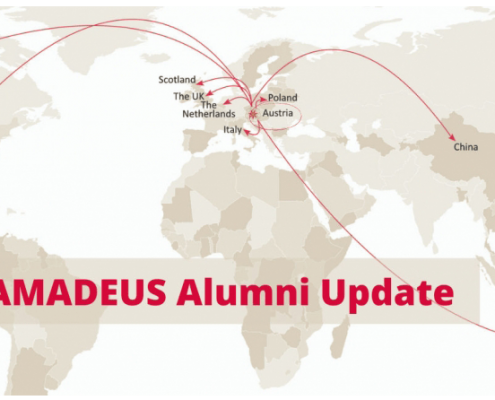 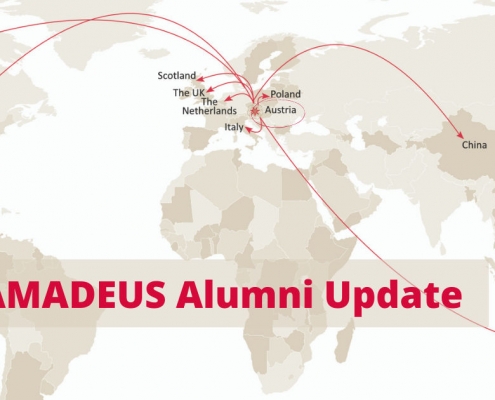 16/07/2021
At AMADEUS Vienna we believe it is important to stay in contact with our Alumni and follow their educational and career paths as they develop. This week, we share an update on Li Rong who graduated last year and now attends MDW (the University of Music and Performing Arts in Vienna).
https://amadeus-vienna.com/wp-content/uploads/2021/07/Li-Rong.jpg 630 1500 Samuel De Leon Paez https://amadeus-vienna.com/wp-content/uploads/2022/03/AMADEUS-Vienna.png Samuel De Leon Paez2021-07-16 17:19:352021-07-16 17:19:35AMADEUS Alumni Update from MDW (University of Music and Performing Arts) 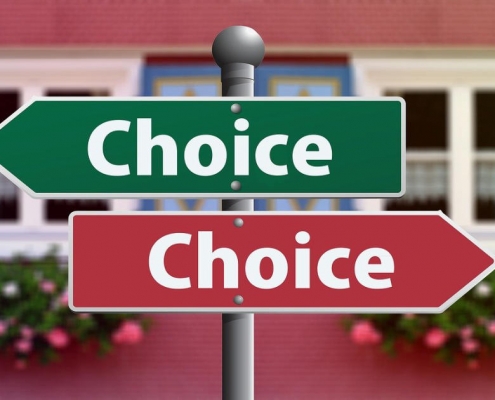 14/07/2021
Choosing a degree and a university destination can be challenging, which is why we are starting the Careers Counselling Programme already in Grade 10 with the careers and aptitude testing. This provides students with a chance to discover strengths and weaknesses, and narrow down the many opportunities early in their studies. Learn more about the process!
https://amadeus-vienna.com/wp-content/uploads/2021/07/Image-by-Gerd-Altmann-from-Pixabay.jpg 630 1500 Samuel De Leon Paez https://amadeus-vienna.com/wp-content/uploads/2022/03/AMADEUS-Vienna.png Samuel De Leon Paez2021-07-14 14:24:332021-07-15 12:50:44AMADEUS Careers Counselling Programme: How to Find the Right Pathway 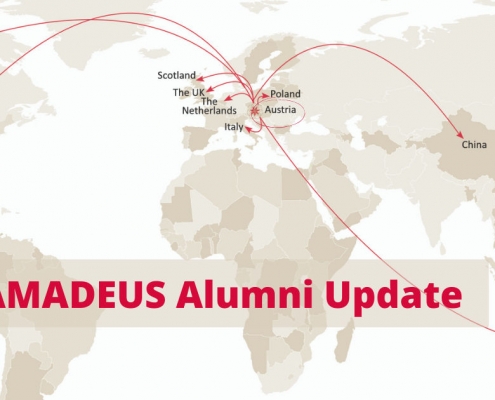 07/06/2021
At AMADEUS Vienna we believe it is important to stay in contact with our Alumni and follow their educational and career paths as they develop. This week we share an update from Vladyslav Sokur who now studies a Bachelor of Science at the University of Vienna after graduating from AMADEUS last year. Vladyslav highlights some of the vital skills that the IB DP has provided him with and which turned out to be an advantage at university.
https://amadeus-vienna.com/wp-content/uploads/2021/06/Vladyslav_2020.jpg 630 1500 Samuel De Leon Paez https://amadeus-vienna.com/wp-content/uploads/2022/03/AMADEUS-Vienna.png Samuel De Leon Paez2021-06-07 17:45:282023-01-23 15:49:17AMADEUS Alumni Update from the University of Vienna 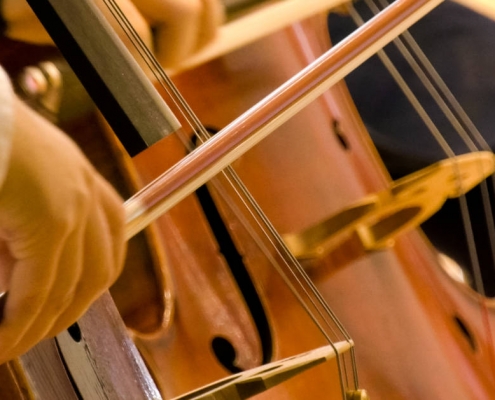 01/06/2021
The IB Career-related Programe is a very unique programme that provides students with the perfect pathway to focus on a music career whilst receiving a top international academic education. We have already admitted the first students - learn about their musical background and why they chose the IB CP at AMADEUS Vienna!
https://amadeus-vienna.com/wp-content/uploads/2021/06/IB-CP.jpg 629 1500 Samuel De Leon Paez https://amadeus-vienna.com/wp-content/uploads/2022/03/AMADEUS-Vienna.png Samuel De Leon Paez2021-06-01 19:07:162023-01-23 15:44:44The IB Career-related Programme at AMADEUS: Who is it for? 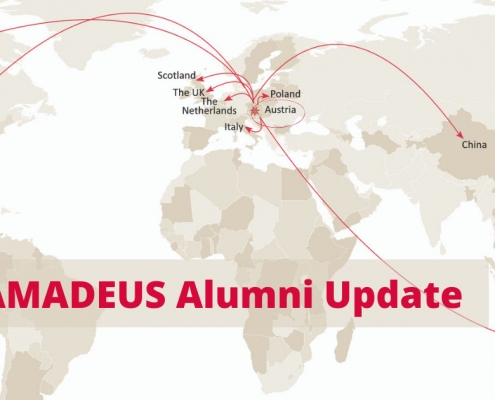 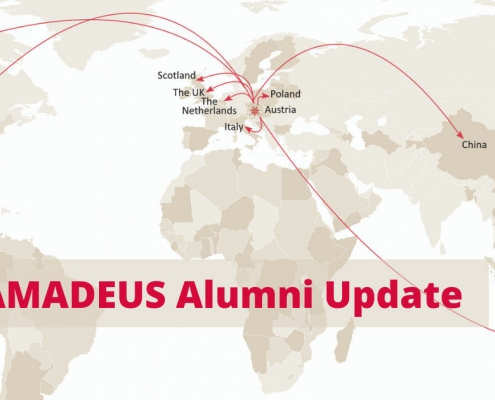 29/04/2021
Update from one of our AMADEUS alumni who now studies at Savannah College of Art and Design in Georgia. Read about her current studies, how the pandemic affected her choice of university, and how our IB DP prepared her for the Bachelor of Arts.
https://amadeus-vienna.com/wp-content/uploads/2021/04/Alumi-Update_Galina.jpg 630 1500 Samuel De Leon Paez https://amadeus-vienna.com/wp-content/uploads/2022/03/AMADEUS-Vienna.png Samuel De Leon Paez2021-04-29 16:26:252021-05-17 11:08:23AMADEUS Alumni Update from Savannah College of Art and Design
PreviousNext 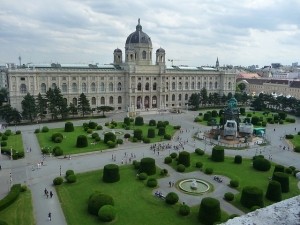 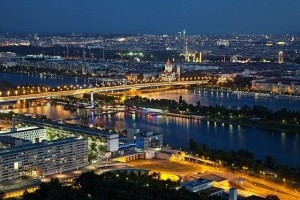 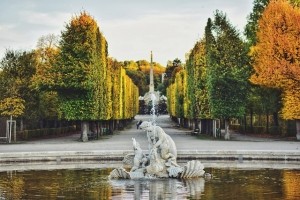 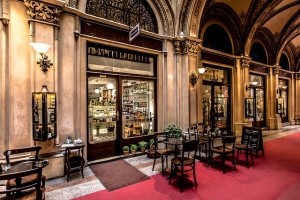 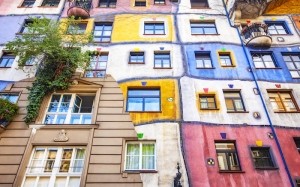 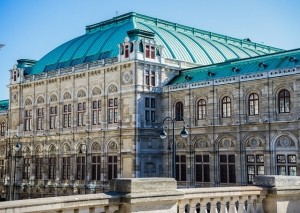 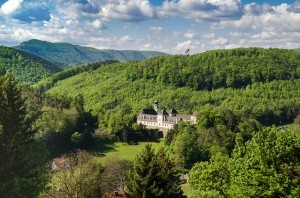 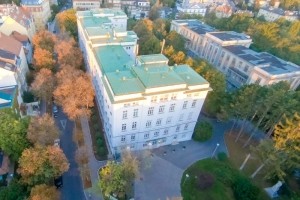 After 6 Months of Online Learning: Welcome to Sofia!
Scroll to top