At AMADEUS Vienna we believe it is important to stay in contact with our Alumni and follow their educational and career paths as they develop. This week, we share an update on one of our students who graduated in 2017:

Daniel Ilin graduated AV in 2017 in our second group of graduates. He was a pleasure to teach and have in lessons, his easy nature and open personality made him popular among his peers and teachers alike.

When he first came to AV in 2014, he was a very enthusiastic learner and talented in many subjects. However, he really honed his skills through his DP years, in his own words:

“At AV I discovered my passion for Math and Physics. Without the teachers in those departments, I do not think I would have pursued Engineering. I had never considered it before until I had some wonderful teachers at AV who showed me this new world.”

Daniel graduated with his full Diploma and started studying at Northeastern University, Boston, Massachusetts, established in 1898. Northeastern is a leading private research university in the US with over 20,000 students on its main campus. It has a competitive acceptance rate of 27%. Daniel was fortunate enough to gain a place within Engineering School at this prestigious university and is currently studying Mechanical Engineering with a minor in Mathematics.

The high academic IB level paid off at university

Now Daniel is on his third year of his Bachelors, and he has been lucky to take part in two exciting internships that were based both in the US and abroad.

Reflecting on his time at AV, he is not in doubt that the IB at AV has given him a big advantage:

“The IB really provided me with a university-level foundation in Math and Physics which enabled me to skip first-year courses and dive into the tougher second-year courses straight away.”

Many North American university credit IB subjects as they are seen as highly academic and worth degree credit. Another major benefit when studying IB.

Combining his passion for Music and Engineering

When he was at AV, Daniel was also a talented musician. Drums were his primary focus, but he has since branched out and taught himself Music Theory so that he could also learn how to not only play the keyboard but also the guitar. He is almost a one-man band! Recently at university, he has discovered the joy of music production/engineering. This has also led him towards, hopefully, the third internship of his degree at BOSE music company, we have our fingers crossed for him.

Even though his graduation was 3 years ago, Daniel still misses the fun times spent at AV with staff and students. He hopes to pursue a Master degree in Europe after completing his Bachelor next year. We wish him all the success in the future.

You can read more about Mechanical Engineering at Northeastern University here.

If you would like to read learn more about our Alumni Network and University Destinations, please click here. 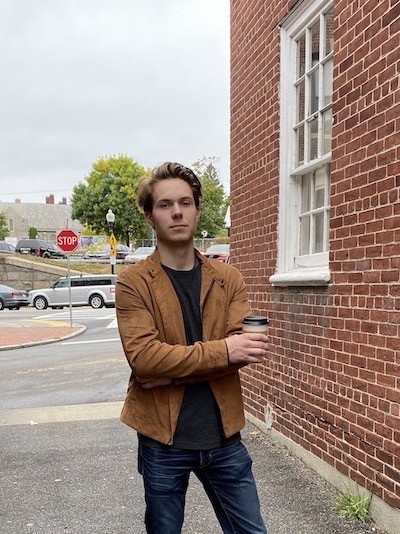