The AV Community would like to congratulate AV student Samuel Kopf-Ornulad who won the 1st prize in Category 1 for Piano in the Prima La Musica State Competition on Friday! The prize is well deserved after many hours of practice with Professor Adrian Cox at Amadeus Music & Arts Academy.

“Prima la musica is the largest Austrian youth music competition and is aimed at children and young people who enjoy making music and competing, and who want to do something special in music. Young musicians from Austria, South Tyrol and Liechtenstein as well as young people of other nationalities who have been resident in Austria for at least 3 years are eligible to participate. The competition is held at the state and federal levels. The best participants in the state competitions are invited to the national competition. This takes place every year in a different federal state according to instrument groups.” (Musik Der Jugend, 2020).

You can find out more about the Prima La Musica Competition here. 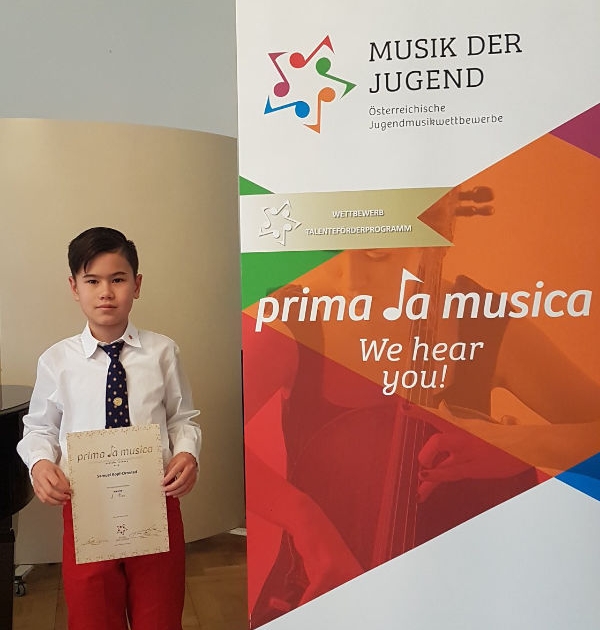