This year is Lidia Campanale’s eleventh year as a music teacher and sixth year at AMADEUS Vienna. She has been working at the school since it opened. Currently she is a PYP music teacher and leads the primary choir. She also teaches co-curricular lessons which are mostly instrumental lessons in primary. In secondary, she teaches more modern vocal techniques and improvisations. She also runs the Coral Assemble for secondary which is a new after school activity this year.

“It is amazing being a music teacher at this school where you have so many nice students and so many nice colleagues.  I didn’t think I would become a teacher, I always wanted to be a musician. However, being a music teacher at AMADEUS allows me to be a musician. It also means having the opportunity to work with a lot of other musicians. I’m already living my dream. I’m sharing my passion with younger people that can decide what they want to do in the future. I hope that by giving them a chance to experience something that I love so much, that they feel closer to music.” 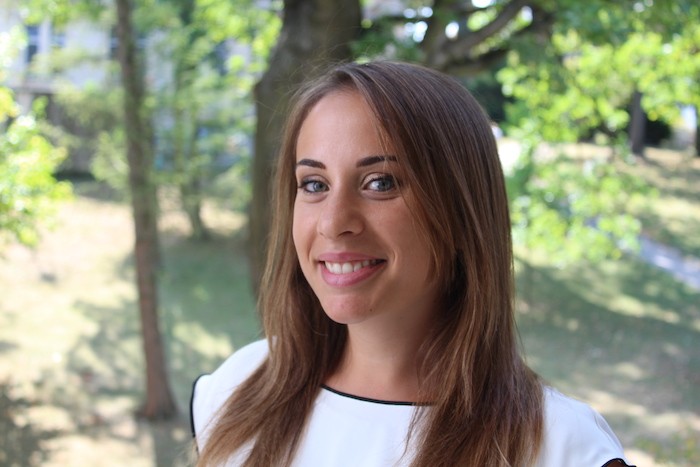 Lidia is a pianist by profession and has been a soloist for approximately 20 years, but making music and singing with other people is something she enjoys because it creates deep emotional connections.

“Music and singing is like breathing or talking. It’s just a natural thing. When you’re playing piano, you have to plan everything before because it’s an instrument, whereas singing comes from your body so you always have your voice with you. If you have a tune in your head that you want to practice you can always sing it, which is amazing. I think singing is really interesting because you can’t see it, you can only feel it. There is so much in terms of knowing yourself when you’re singing.”

One of Lidia’s most memorable moments at AMADEUS was performing with her students at the Dreamland Unicef event which was the first time that the secondary group came together to volunteer for singing with the choir.

“The memory that I want to share happened at the end of the concert. Before going on stage, everybody was kind of sleepy because it was almost 11:00. We had been waiting backstage for hours after our first opening performance. To keep ourselves awake and also to warm up our voices, we started singing a sort of song based on celebration. It was super fun and everybody was laughing and enjoying themselves and forgetting about any stressful thoughts they were having. Also, when I came backstage after the ending and all the students stood up and said thank you and we hugged each other. That was very nice.“

Lidia will be performing in January with the RAMA vocal group of the Royal Academy of Music in Denmark. She is also singing with a group from the University of Vienna in December at Musikverein.

AMADEUS in the News
Scroll to top