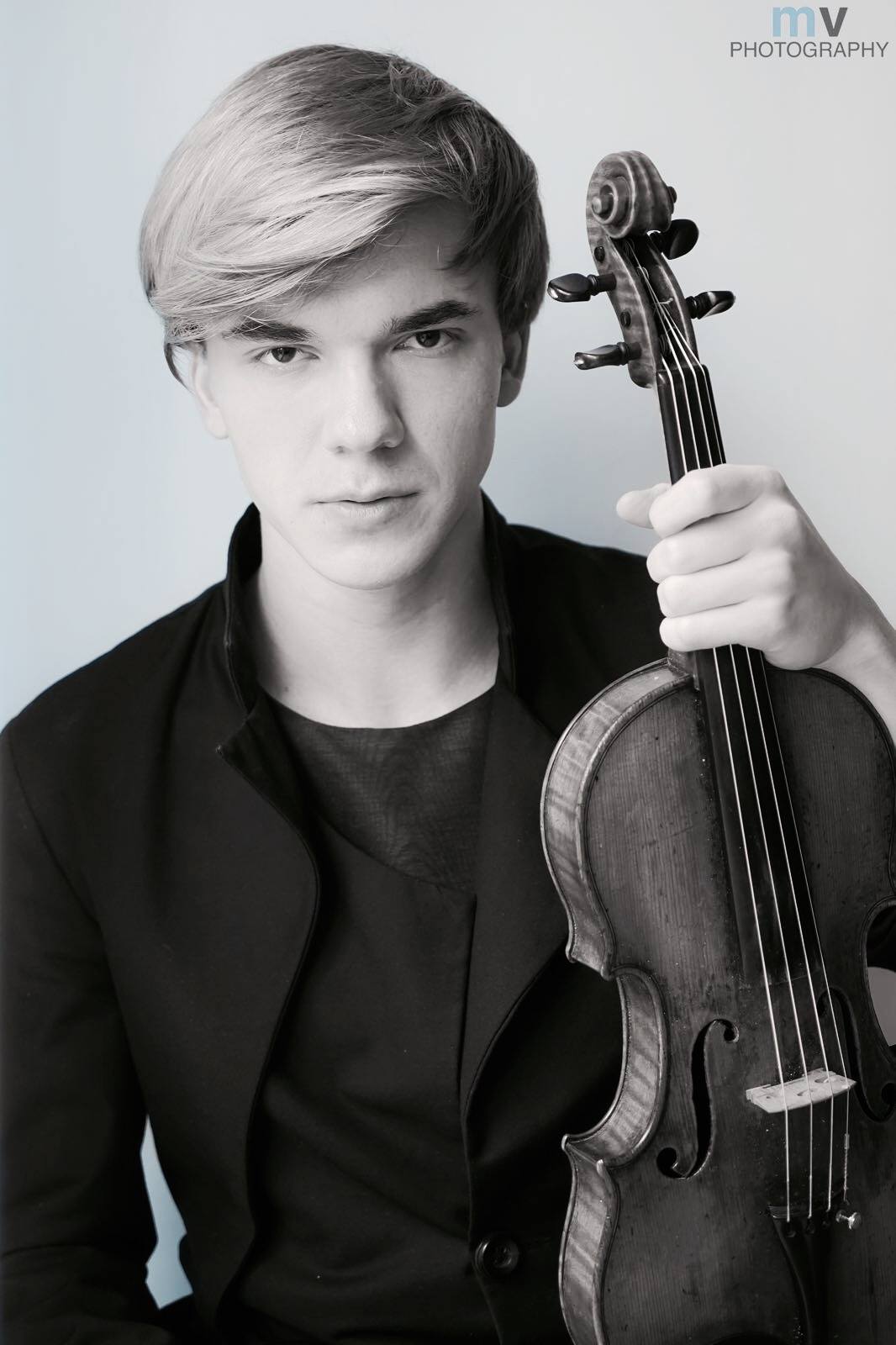 In his twenties, violinist Yury Revich is already a multi-faceted artist of incredible depth and maturity. Winner of an ECHO Klassik 2016 “Newcomer of the Year” award, “Young Artist of the Year 2015” at the International Classical Music Awards and “Young Musician of the Year” by the Beethoven Center Vienna, he is one of the most expressive and versatile musicians of his generation.

Yury made his debut at Carnegie Hall in 2009 and La Scala in 2013 and his concerts since then have included performances at the Berlin Philharmonie, Berlin Konzerthaus, Vienna Musikverein, Zurich Tonhalle, Vienna Konzerthaus, Leipzig Gewandhaus and Tchaikovsky Concert Hall Moscow amongst many others while his recordings to date are featured on labels such as Sony Classical and Odradek as well as a recording with ARS records for which he won his ECHO Klassik Award.

An artist of immense diversity, Yury enjoys a wide range of musical interests. An avid interpreter of Baroque, he frequently collaborates with harpsichordist Olga Fillipova, and is a dedicated chamber musician collaborating with renowned artists such as Daniil Trifonov. During his studies at the Vienna Conservatory, Yury founded the quartet “Quatuor du Soleil” whose performances encompass music from the Baroque through to contemporary works. He also lives out his creativity in the film medium and has studied directing, acting and has already produced a short film of his own.

2015 saw the launch of Yury’s new international concert cycle in Vienna entitled “Friday Nights with Yury Revich” with artists such as Paul Badura-Skoda and Alexey Igudesman and many other celebrity appearances. Yury has also created his own “Kunst & Klassik kuratiert von Yury Revich” concert and art series at the Belvedere in Vienna.

In addition to performance, Yury is a passionate advocate for many charitable and philanthropic causes. He co-organized a concert in Vienna in 2011 for the victims of the Japanese tsunami, he also organized the First Austrian Gala Charity “All for Autism” in 2015 and the concert for the UNICEF Project “Water for school children in Syria” in 2017.

Born into a musical family, Yury started playing the violin at age 5. At the age of 7, he entered the Central Music Academy of the Moscow Conservatory as a student of Galina Turchaninova. Between 2005 and 2009, he studied under Viktor Pikaizen before moving to the Vienna Conservatory in 2009, where he currently studies with Pavel Vernikov. He is an Ambassador for the Amadeus Vienna International School and professor at the WOM academy in Santander, a unique organisation which aims to promote classical music as a basis for generating musical and cultural excellence throughout Spain.

Yury plays on a 1709 Stradivarius, generously loaned to him by the Goh Family Foundation.