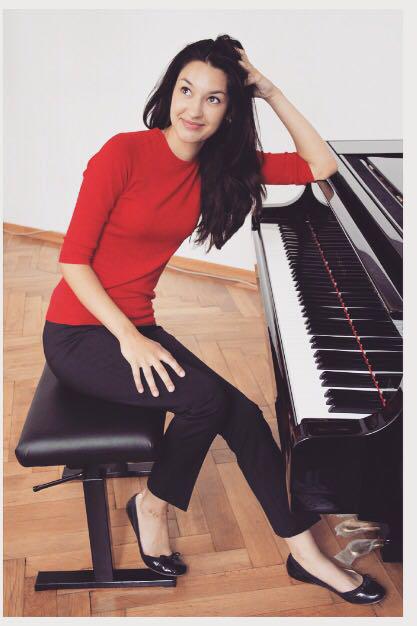 Eliza Agajeva was born on the 4 May in 1997 in Haapsalu, Estonia. At the age of 7 she began her music study at the Tallinn Music High School with piano teacher Ira Floss. In 2013, Eliza moved to Vienna to study at Amadeus International School Vienna in the class of Paul Gulda. In the year 2017 she continued her piano study with Prof. Elisabeth Dvorak – Weißhaar and in February 2017 entered the class of Prof. Johannes Kropfitsch at Music and Arts Private University of the City of Vienna ( Musik und Kunst Privatuniversität der Stadt Wien).

Eliza has been awarded a second prize at the Estonian Young Pianists Competition in 2008 and a diploma at the Chopin Competition in Budapest in 2010. She attended piano workshops with pianists Daniel Pollac, Nina Igudesmann, Oxana Yablonskaja, Stanislaw Tichonow and Elzbieta Wiedner- Zajac. Eliza has also performed in several concert halls such as Estonia Concert Hall, Gasteig Münich and in the Wiener Musikverein.