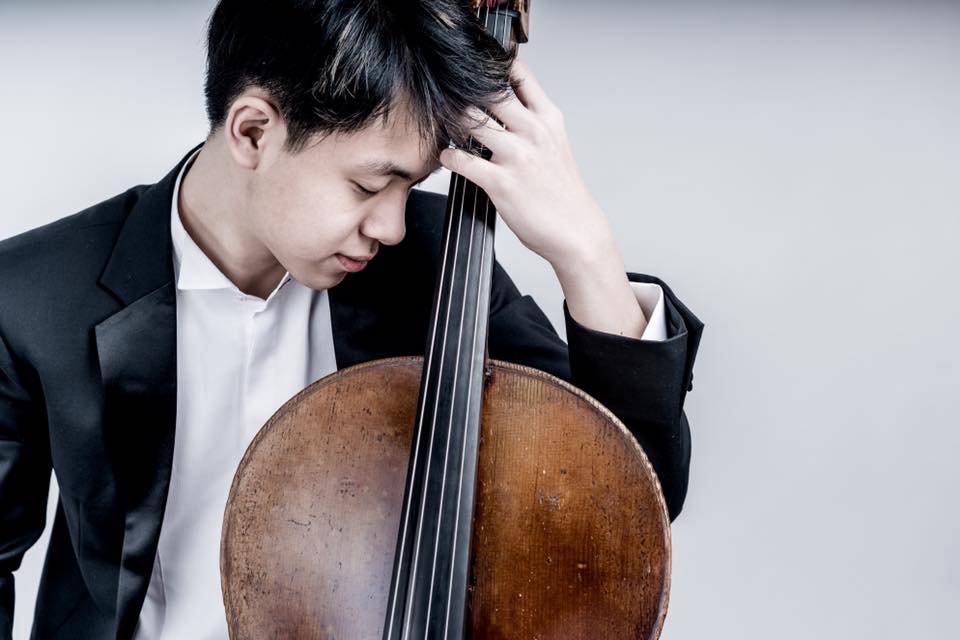 At a tender age of 15, Brendan Goh launched his first professional CD, “Moments of Youth” under the ARS label. It received critical acclaims internationally, which announced the arrival of the young cellist into the international music arena.

Brendan made his solo debut playing the entire Haydn Cello Concerto in C with the Camerata Singapore when he was 12 years old. In the same year, he recorded a solo CD which sold more than a thousand copies for charity, the proceeds of which were donated to the Business Times Budding Artist Funds of Singapore. In the following year, he was invited to perform at the gala event “Music and Youth” of the Internationale Musikakademie of Liechtenstein.

In 2013, although still undecided on a career in music, Brendan decided to leave Raffles Institution in Singapore and moved to Vienna to continue his academic and music studies, after much encouragement from Heinrich Schiff, Steven Isserlis, Franz Bartolomey and Robert Nagy.

Since moving to Vienna to continue his studies at the Amadeus International School Vienna, Brendan has made his solo appearance and debuts at several places, including Vienna (Austria), Munich (Germany) and Saitama (Japan). He has also held many solo recitals under the auspices of the Amadeus Music Academy, ‘Friday Nights with Yury Revich” concert series, and the George Cziffra Foundation.

In Vienna, Brendan is affectionately known as ‘Der junge Cellist aus Singapur’, or “The young cellist from Singapore” for his outstanding performance at the audition. The university made an exception for him to start his degree course despite his young age, under full scholarship.

Brendan is appointed Young Artist in Residence for the “Friday Nights with Yury Revich” concert series in 2016. Brendan is also the prize winner and laureate of the International Competition “Young Virtuosos”

On the 9th January 2016, Brendan made an outstanding debut with the Berliner Camerata at the Berlin Philharmonic Hall Kammermusiksaal.

In October 2017, Brendan also made his first solo debut at the Musikverrein, Brahmsaal under the invitation from World Culture Networks.